Cave “Papanikolis” : is situated in the west coast of Meganisi and is one of the biggest and most impressive caves worldwide, as its entrance leads to a tunnel 120 m long and 60 m wide which gradually narrows and reaches the width of 23 m. It is rumored that during WWII , the cave was the hideout of the the same name legendary submarine.

Atokos island : : Uninhabited and majestic, is one of the most famous spots for the area’s boaters. The green slope in a side and the white sculpted by the wind rocks elsewhere, reach down to the crystal turquoise waters of sea. The most renowned spot is the famous ‘’one house bay’’ but there are also lots of fascinating spots for someone to swim.

1. Vathi: Built in the deep inlet which looks like a fjord , the capital of island maintains its charm and traditional architecture. Museums, cafes, shops, bars, restaurants and elegant hotels compose a picturesque settlement , which is worth of visiting. Inside the close gulf is situated the island of Sotiras , (also called Lazaretto), with its small 17th century chapel, and the 1817 building, which used to be a quarantine.

2. Kioni: Magical picture, especially when you enter the close inlet with your boat and see the traditional , amphitheatrically closed and maintained settlement. Stone houses, small cafes and restaurants with tables by the sea, classy bars. In the end 3 well-maintained windmills complete the painting that so artistically humans and nature have painted. Kioni will charm you at first sight.

3. Frikes: A small seaside village northern of Kioni. Around its picturesque harbor, which is accompanied by two well maintained windmills, can someone find lots of taverns which serve fresh fish.

beaches: The whole sea area of Ithaca is full of great beaches with crystal blue waters.
Popular ones: Gidaki (near Vathi), Platia ammos (beach with blue waters and white sand in the northern Ithaca near Afales) both approachable only by sea.

***You can form your trip as you prefer.
The locations which are mentioned in the schedule are indicative and proposed.
Discover more beaches or enjoy your meal or drink at a picturesque harbor. Whichever are your preferences the skipper will gladly advise you and lead you in order to have a truly unforgettable experience. 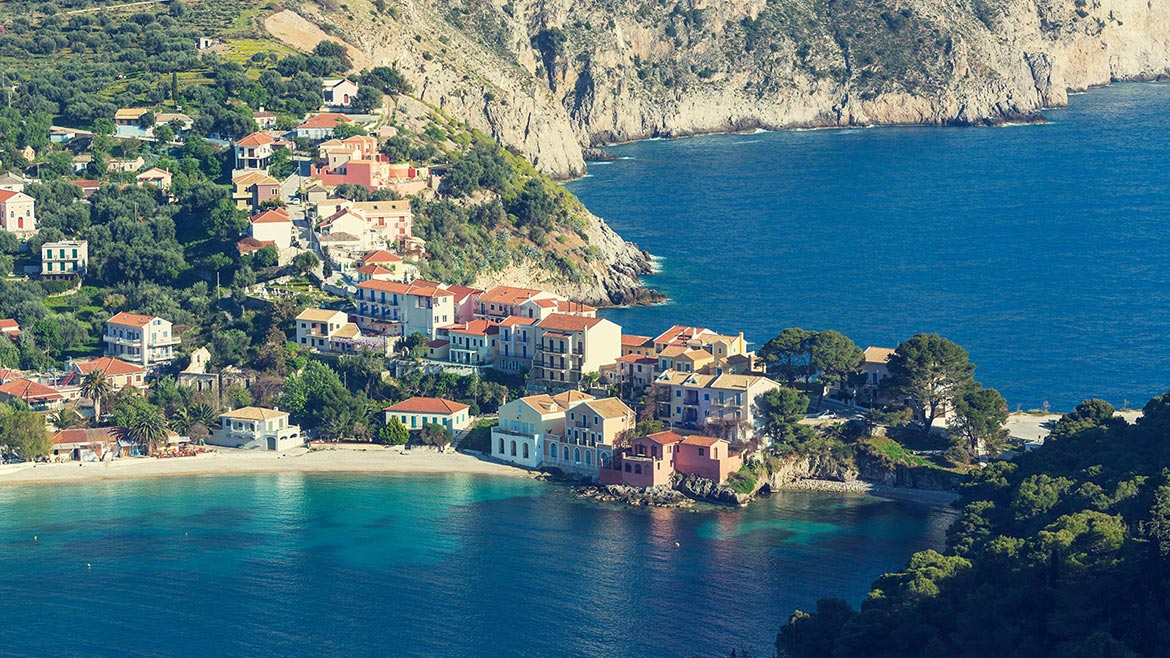